In our line of work we get to do some pretty exciting things – and what we are about to announce is no different.

Next year, on February 22, 2020 – the 1980 Miracle Hockey team will celebrate its 40th anniversary of winning the Gold medal in Lake Placid. We wanted to show our appreciate somehow. Enter our friends at Blade Shades…

With the complete support of the 1980 Team, together we were able to design and produce a Limited Edition Custom Pair of glasses and bag to both commemorate the 40th Anniversary of the greatest sports moment of the 20th century, but also a way to show our appreciation.

When we were asked about how much we thought should go to the team, we figured “go big or go home” – just like the team did in 80. For every pair of these glasses, which we call “The Miracle” that are sold, we will be donating a substantial $20 to the “Monument to a Miracle” fund to help the 1980 team build a statue at Lake Placid.

The glasses are only available online at BladeShades.com for a limited time. 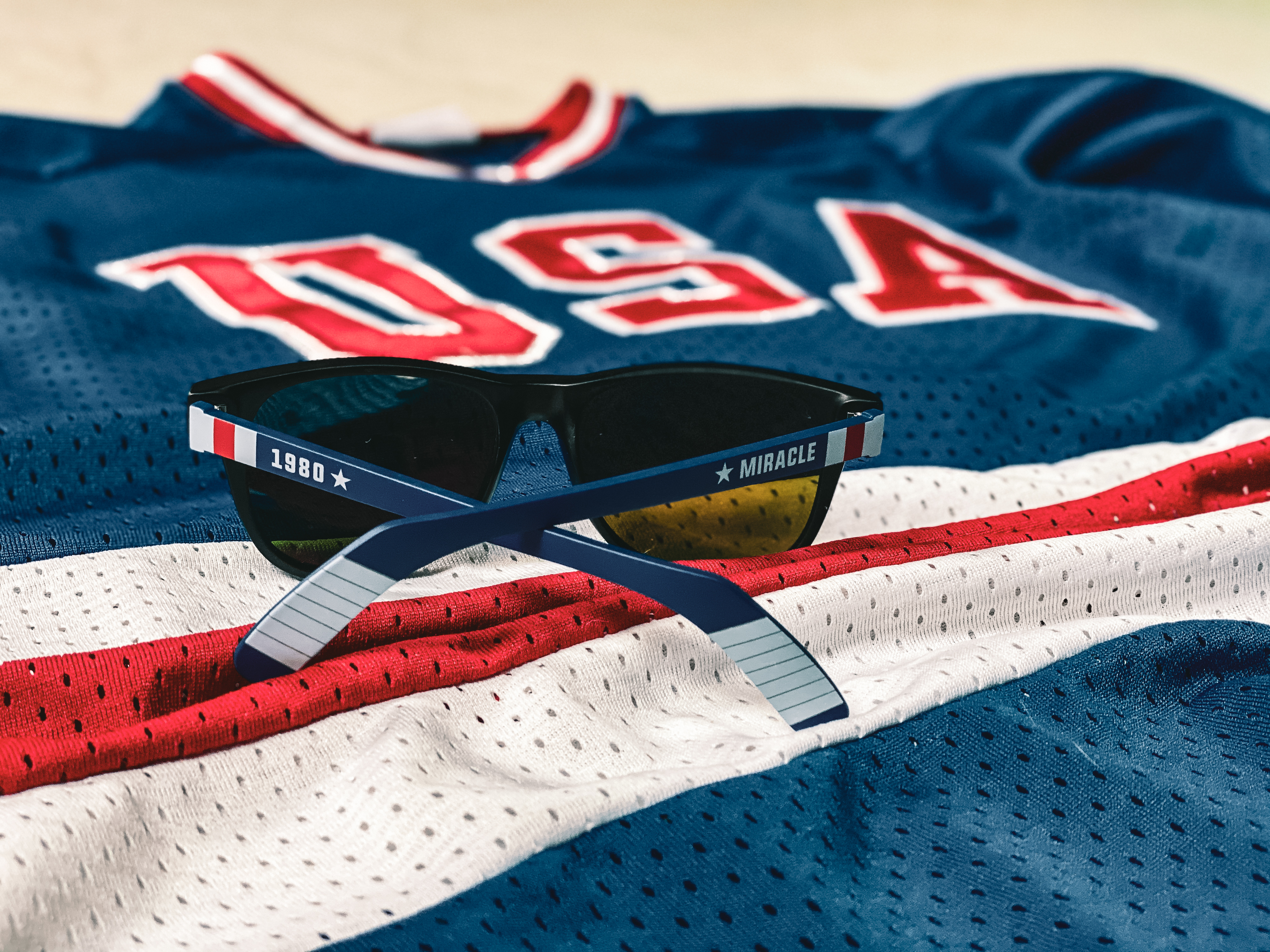 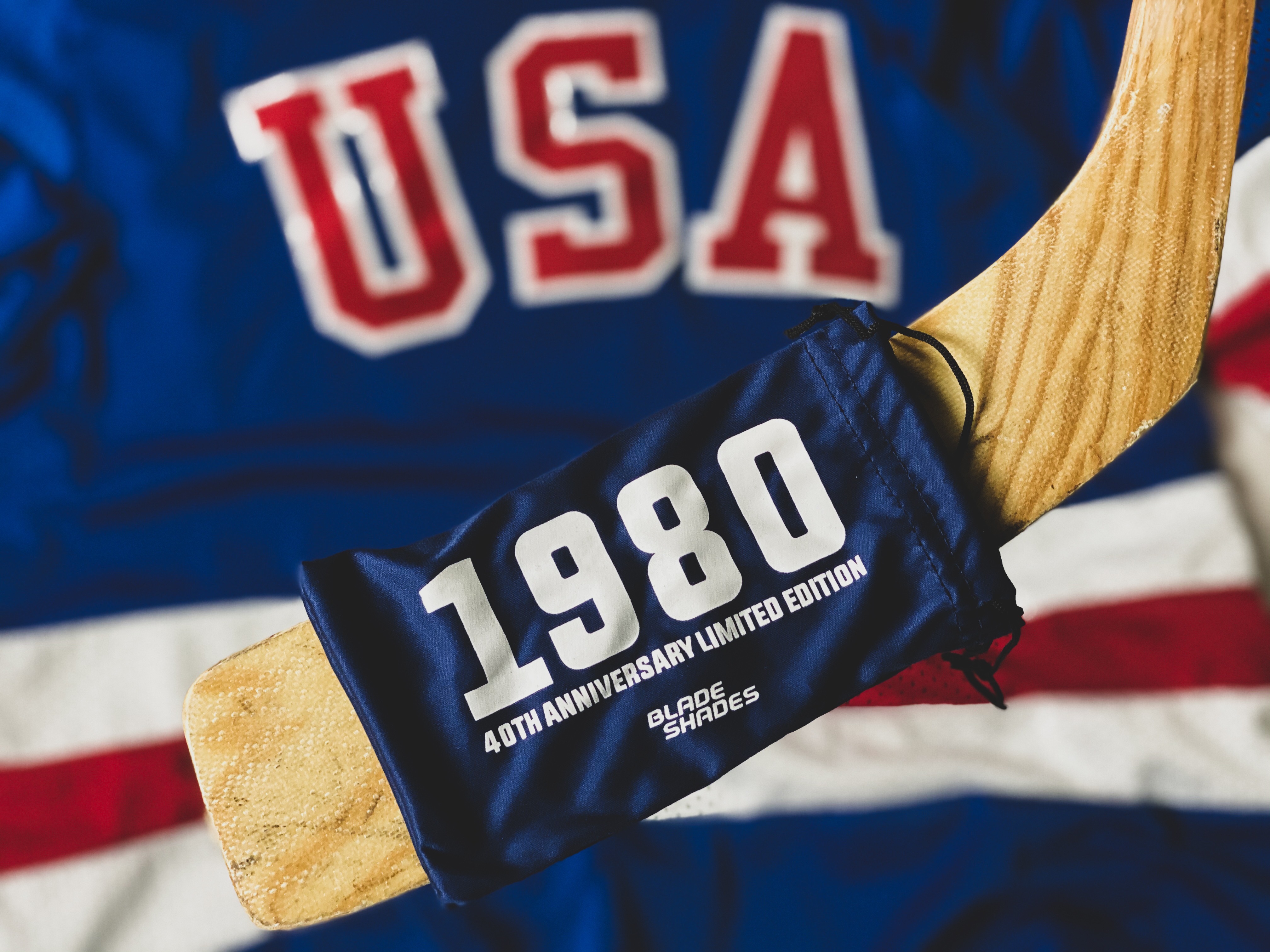 More on “Monument to a Miracle”:

Forty years ago a group of unknown amateur American hockey players began a journey under the guidance of a soon to be legendary coach that would culminate in the widely recognized Top Sports Moment of the 20th Century - The Miracle on Ice!

This became more than just a hockey game in the Winter Olympics; it is now deeply embedded in the collective memory of the United States as one of the most celebrated “where were you when” moments in history. The dedication of these American boys, who put team ahead of individualism, country ahead of personal glory, and worked for each other over themselves, overcame the enormous challenge of the intimidating Russians and wrote the greatest underdog story of all time! With their tremendous efforts, they lifted the spirits of a shaken nation and inspired all those who witnessed and generations to come to once again BELIEVE in the potential of the USA! USA! USA!

“The name on the front is a hell of a lot more important than the one on the back.”

Time has passed and Coach Herb Brooks, Assistant Coach Craig Patrick, and the twenty members of the 1980 Miracle Hockey Team have gone on to great things in their personal lives, but there is no lasting memorial for this incredible achievement. The Friends of the Miracle on Ice Hockey Team was created to remedy this oversight. Talented sculptor Robert Eccleston has been commissioned to create an impressive representation of the indelible moment when all twenty players gathered on the podium to celebrate their gold medals. And we need your help to make this fitting tribute possible!

The 1980 Miracle Hockey Team proved the awesome power of setting aside our individual differences and the unlimited success that comes from selfless sacrifice to a shared goal. Coach Herb Brooks molded this diverse group of college boys into a cohesive unit that upset the mighty Russian team once thought to be unbeatable. In doing so, they galvanized America and brought back pride in the USA that was in decline. Their impact on the national mindset cannot be overstated. And yet, they remain humble to this day.

There are statues to many individual icons of American sport outside of stadiums across the country, but no TEAM has been remembered in such a way. The Monument to a Miracle statue is planned to be placed outside the Olympic Center and 1980 Herb Brooks Arena in Lake Placid, New York and is sure to become an inspiring destination for fans of all ages.

We have already lost Coach Brooks and beloved teammate Bob Suter and the time to recognize the unique achievement of the 1980 Miracle Hockey Team is now, while the men who gave the United States its greatest sports moment are still with us and can hear our thanks and appreciation. The cheers that rang out in 1980 can be gratefully depicted in this beautiful statue. Now more than ever, America needs to remember how great we can be when united!

Do you believe in Miracles? If the answer is YES! then please help us make this dream a reality.

You can be part of creating history - Support the 1980 legacy - Help the Miracle live forever! 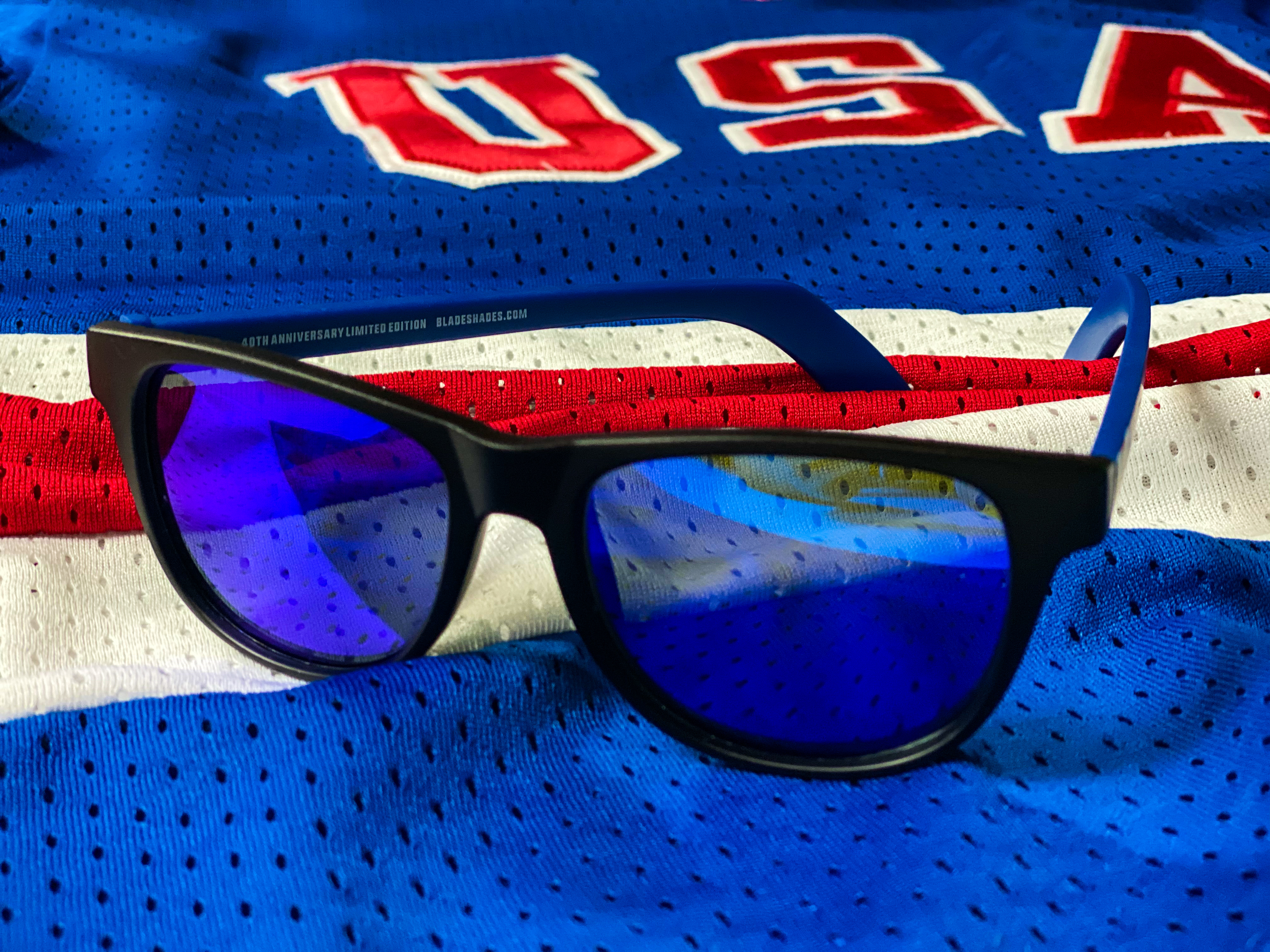 We answer the question of what the 2020 NHL teams did during the quarantine...

The NHL released a their plans to finish the 2020-21 season with a 24-team playoff series. Lee dives into the plan and discusses it with our...

Who is the greatest Captain in NHL History. What factors should we use to decide. Number one may be obvious - but the rest may surprise you....